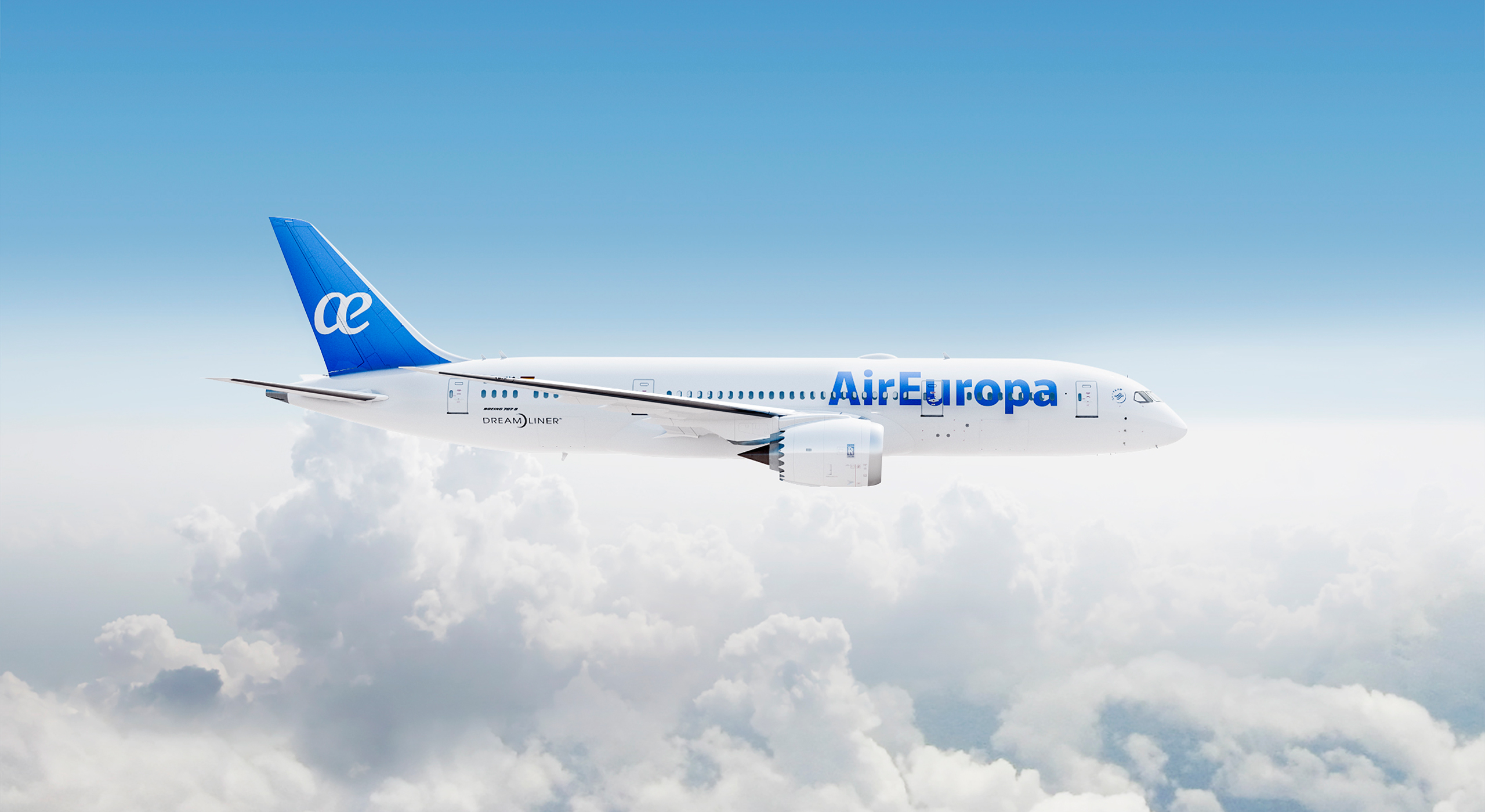 Reach for the sky

Air Europa is an airline company that is a member of the SkyTeam Group. It is particularly recognised for its service and local flights as well as its connections between Spain, Europe and Latin America. To meet the objective of evolving its identity, we first carried out an exhaustive analysis of the sector, the strategic positioning and the function of its brand name.

The first job was to involve the entire company in the strategic development, in close collaboration with the general management and the marketing and commercial areas. The second task was to make an overall proposal for the company’s definition and positioning that contemplates the complex nature of the endless supports, environments, means and countries with which it works, at a level of internal and external communication. The third challenge was to create a simple, clear identity with its own personality. An identity that is distinguished, that positions the company where it really should be and which is memorable.

Now, Air Europa has a sensitive visual language with personality, marked by the photographic work of Txema Salvans, Lydia Cazorla and Román Yñan. It is based on an architectural proposal in the airports that closely relates to the experience of consumers and users. Now, we can contemplate the quality of the materials and the designs used in the accessories of the uniforms, designed by Josep Abril, as a key factor in its social corporate responsibility strategy. Now, we tell interesting, honest stories that empathise with its consumers.

It has thereby gone from being a large company to showing itself as, becoming and being recognised as a leading company.