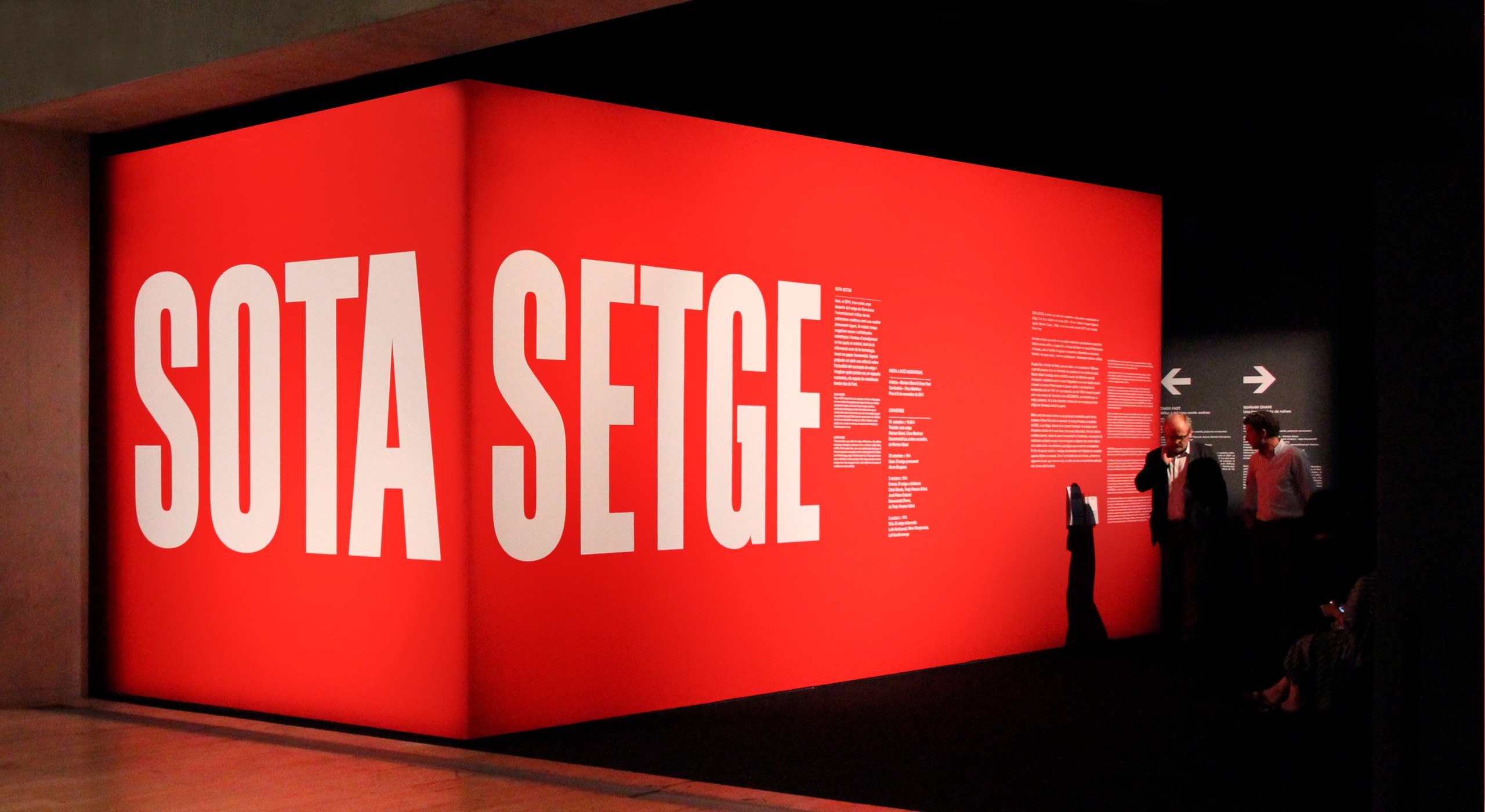 A vision of being under siege

The artists Mariam Ghani and Omer Fast present an installation comprising two audiovisual works related to the siege motive and how it is experienced today. These projections are accompanied by a conversation with the curator Chus Martínez about artistic practice in the context of siege.
Coinciding with the commemoration of the 300th anniversary of the Siege of Barcelona by Bourbon troops in 1714, the CCCB proposes a reflection on contemporary aspects of cities under siege. The aim of the activities is to bring the notion of siege into the present-day world, from the ways in which laying siege to cities today continues to be a highly topical reality of war, to the strategies of resistance with which citizens deal with these situations, individually and collectively.
In collaboration with the CCCB exhibition team we directed the art and design for the exhibition entitled Under Siege.